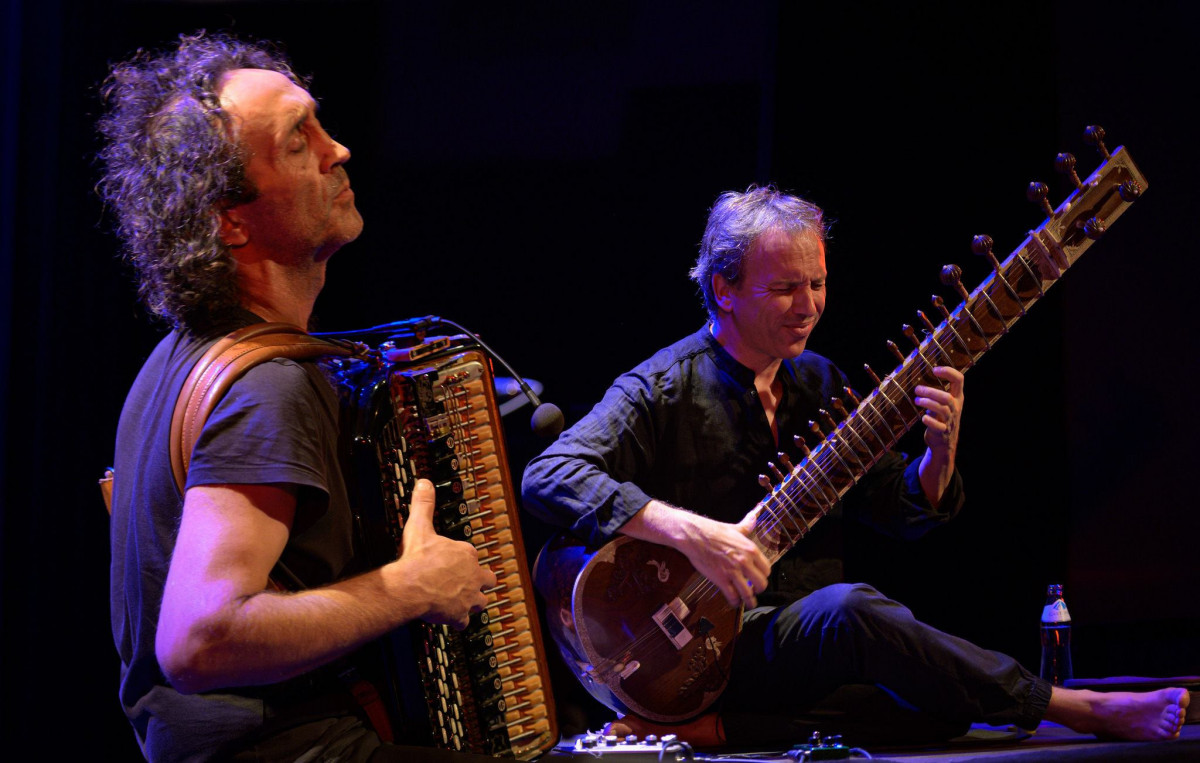 The duo of Austrian sitarist Klaus Falschlunger and Italian accordionist Luciano Biondini look east and west at the same time. The two seemingly disparate artistic directions and instruments react through the universal language of jazz to merge in an iridescent compound. Falschlunger and Biondini draw on their own musical identities on Once in a Blue Moon, an album praised in Songline magazine, to create a world that is instantly striking in its vivacity, immediacy and solid colourfulness, with Latin and minimalist elements alongside jazz, pop and Hindustani traditions. The explosively tense songs and the quiet, introspective tracks are born from the same gripping elan and stunningly beautiful melodies; the dialogue between the two instruments unfolds with inventive and intriguing twists and turns, but never ostentatiously.