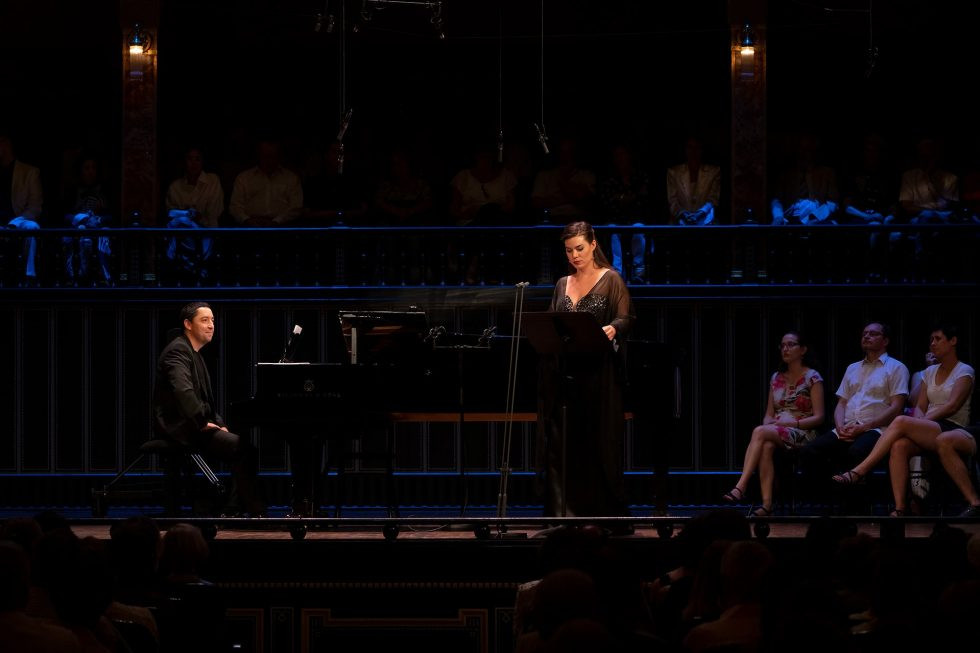 Ravel’s music is just as strongly characterised with the adjective „impressionist” as the attribute „heroic” is juxtaposed to Beethoven’s oeuvre. The two compositions featured at the concert clearly prove that these categories severely curtail the universe of extraordinary musical thinkers like Ravel or Beethoven. Ravel’s three Songs of Madagascar (Chansons madécasses), which set three 18th century poem cycle with an identical title to music (the poet himself presumably never went to Madagascar) are thrilling not primarily due to their exotic nature but because they represent a haggard polyphony that was typical of Ravel’s music from the 1920s and which has nothing to do with musical impressionism.  The peculiar trio setup – flute, cello and piano – do not accompany the vocal soloist, the latter being just one among equals (perhaps a bit more equal than the others). The piece will be performed by the Horti–Győri–Devich–Kemenes quartet, four exceptionally sensitive chamber musicians, representatives of three generations. Beethoven’s last violin sonata is a similarly original piece: with its sensitivity and melodiousness of Schubertian allusions, it is light-years away from the compositions of his „heroic” period and demonstrates the infinite delicateness behind Beethoven’s monumental facade.  It will be performed by two exceptional Kossuth Prize winning artists, professor and his student: Ferenc Rados and Barnabás Kelemen.

Tickets are available for 1000 HUF,
online at jegy.hu,
and at InterTicket Jegypont partners across Hungary.

With consideration of the pandemic crisis, the number of concert tickets is limited so that the appropriate distance between the seats can be maintained.