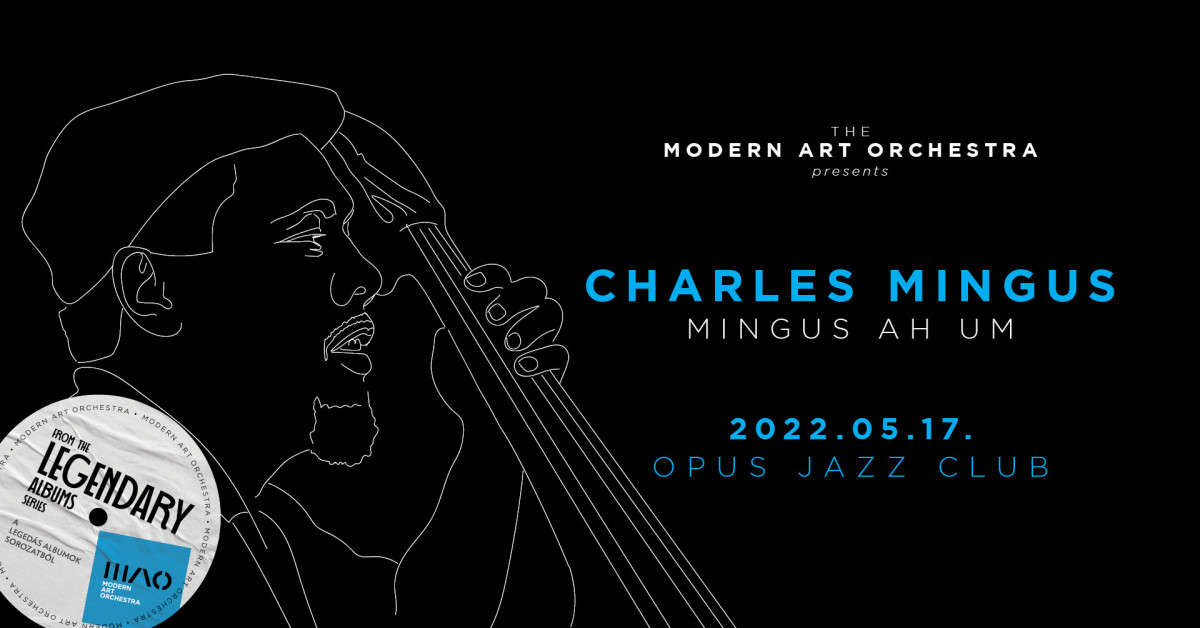 Charles Mingus was a jazz icon, whose significance - although often understated - cannot be doubted. The contrabassist delivered one of the most unique voices in the history of jazz, both in his playing and compositions. His musical taste and intellect allowed him to reach incredible heights of creativity and liberty which resulted in brave, wild, sensual, thus - in one word - irresistible soundscapes. His music became beloved among musicians and audience alike, and this remains true to this very day. As daring as he was, Mingus showed humble respect towards the traditions of jazz - he had been cherishing the spirit not only of the blues, but that of the New Orleans tradition too, when integrating collective improvisation into the jazz band again.

The 1959 record was published by Columbia Records and fits perfectly to Modern Art Orchestra’s Legendary Albums series. Mingus Ah Um was inducted into the National Recording Registry in 2003, which is not that surprising if we consider that it hit the record market in the same year as Coltrane’s Giant Steps, Miles’ Kind of Blue, Brubeck’s Time Out or Ornette’s The Shape of Jazz to Come, and still managed to build up an enormous audience for itself in spite of being more traditional than its competitors.

This exceptional masterpiece includes everything that makes jazz attractive: freedom, passion, taking chances, dissonance, resolution, zest for life, intelligence and improvisation. Although most numbers on Mingus Ah Um are utilizing traditional forms, like the blues or that of the jazz ballad, and incorporate vocal shouts known from spirituals, they do not lack the amazing creative energy that has become a trademark of Charles Mingus. The listener gets the feeling when listening to them that he is spectating the past and the future simultaneously. As respectful as Mingus’ compositions are towards the tradition, they are still fresh and progressive, making Mingus Ah Um the perfect habitat for the MAO chamber formation.