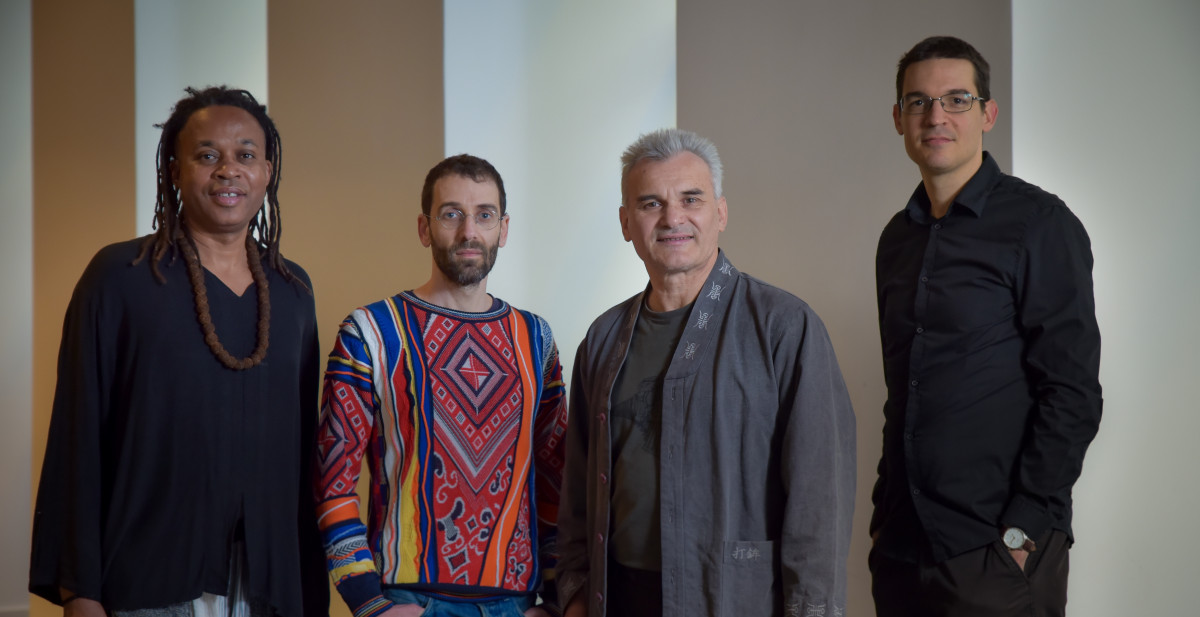 The Moroccan Saïd Tichiti was the first to introduce gnawa music to the Hungarian audience and made it popular through his world music group Chalaban. In Morocco, Gnawa was a part of the slave culture and that of their decendents and is closely related to healing rituals. William Borroughs describes this ancient, sacred trance-music form of the Moroccan Berbers as „4000-year-old rock and roll”. The mysterious power of Moroccan trance music has come into the spotlight in the past fifty years. Led Zeppelin, Brian Jones, Jimi Hendrix, Archie Shepp, Don Cherry and Ornette Coleman all helped to let the secret of this culture out. Gnawa is based on rhythm structures that are at once fixed but constantly changing. Though the basic patterns remain the same, varying accents consistently feed the constantly accelerating music with new pulsations. Saïd Tichiti, who has established a name in the Hungarian world music scene since 1998, has gathered together outstanding musicians from the creative / jazz / Hungarian folk music scene to form his new group. They can freely improvise on gnawa musical patterns and have the ability to call forward the strong emotional effect of trance rituals.