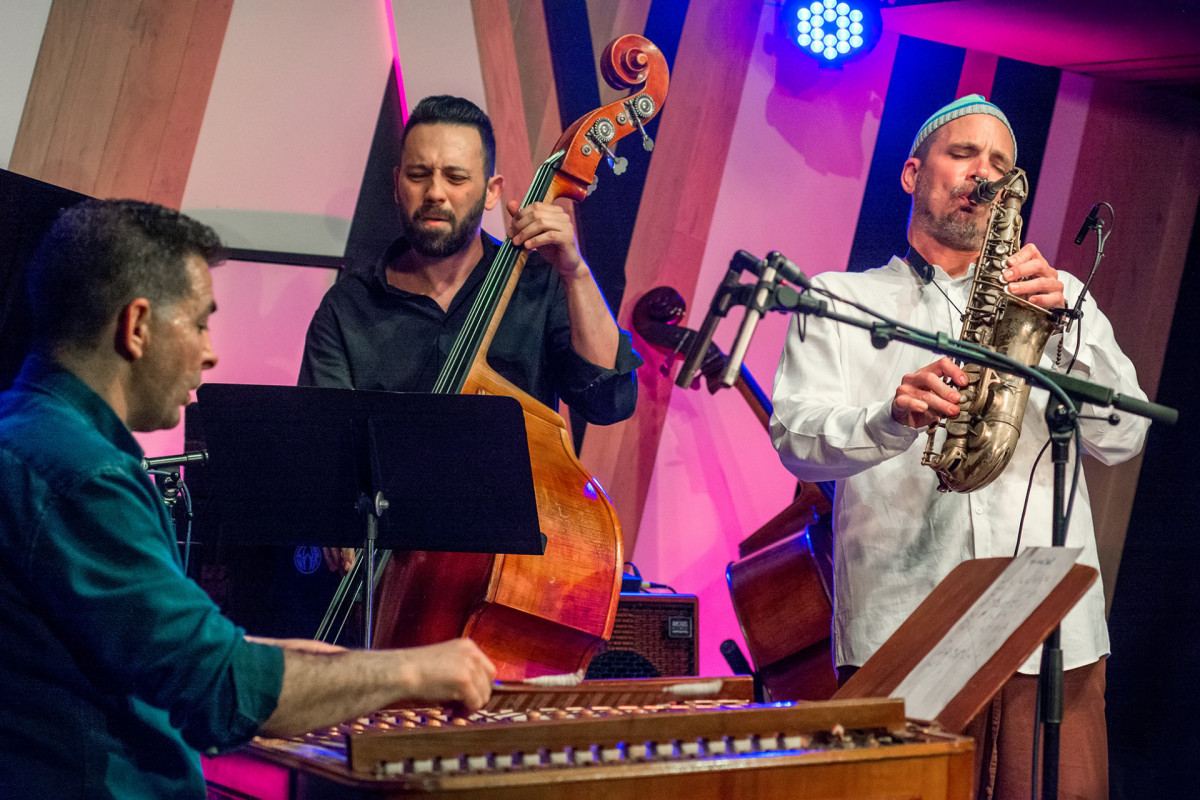 In this unusual trio without a drummer, the role of different instruments is in a constant change during performances. After their successful album, The Present, the band released Have No Fear in 2020. Like the previous album, it is characterized by a delicately woven spirit and the duality of meditation and volcanic outbursts.
"Viktor Tóth has released an album with the Arura Trio that reflects on COVID. I do not want to exaggerate, but Have no Fear is one of the best – and not just Hungarian – jazz recordings of the 2000s, although it does not aim at all with the typical soundtrack of the past 20 years, but with a much older one. Or I do not even know: the temporality of matter is elusive, partly because of choosing such idols as spiritual summoners whose truth is still valid today. And that is what an absolutely modern guy does, who is over forty and slowly starts to belong to the middle generation of Hungarian jazz, but who can translate eternal value for today's people."