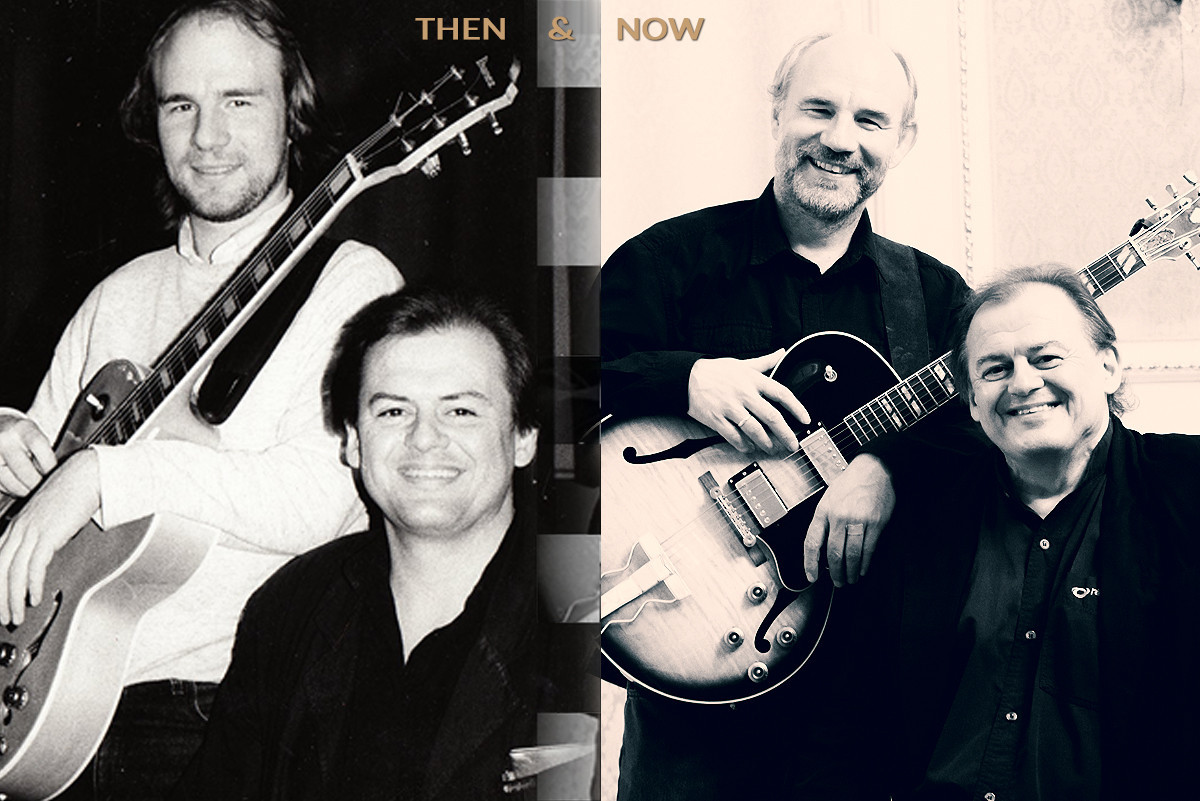 The musical friendship of the two creative artists dates back more than a quarter of a century. Little Song, their first joint album was released in 1993, preceded by two years of intense creative work and numerous concerts. The debut was followed by three further common releases, as well as numerous domestic and foreign concerts. In the last twenty years, however, the career of the two musicians went separate ways. Károly Binder became the head of the Jazz Department of the Ferenc Liszt Academy of Music and established BBMC, his own label. With his quartet and in duo with Mihály Borbély, he has a long series of successful concerts and albums behind him. Gábor Juhász is teaching at the Béla Bartók Conservatory and from 2018 is the professor for jazz guitar at the Music Academy. He has been a soloist in several groups, and runs his own different outfits since 2006.

In March this year, after a long break of almost two decades, the duo resumed to play together. The occasion was a concert in the Benczúr House, a venue with a long jazz history, with the primary goal just to evoke old memories. However, it immediately became clear that the creativity of the two artists had lost nothing of their previous intensity in the past decades, so they decided to set the ship afloat again. On their Opus concert, both quarter-of-a-century-old and brand new compositions of the duo will be performed.