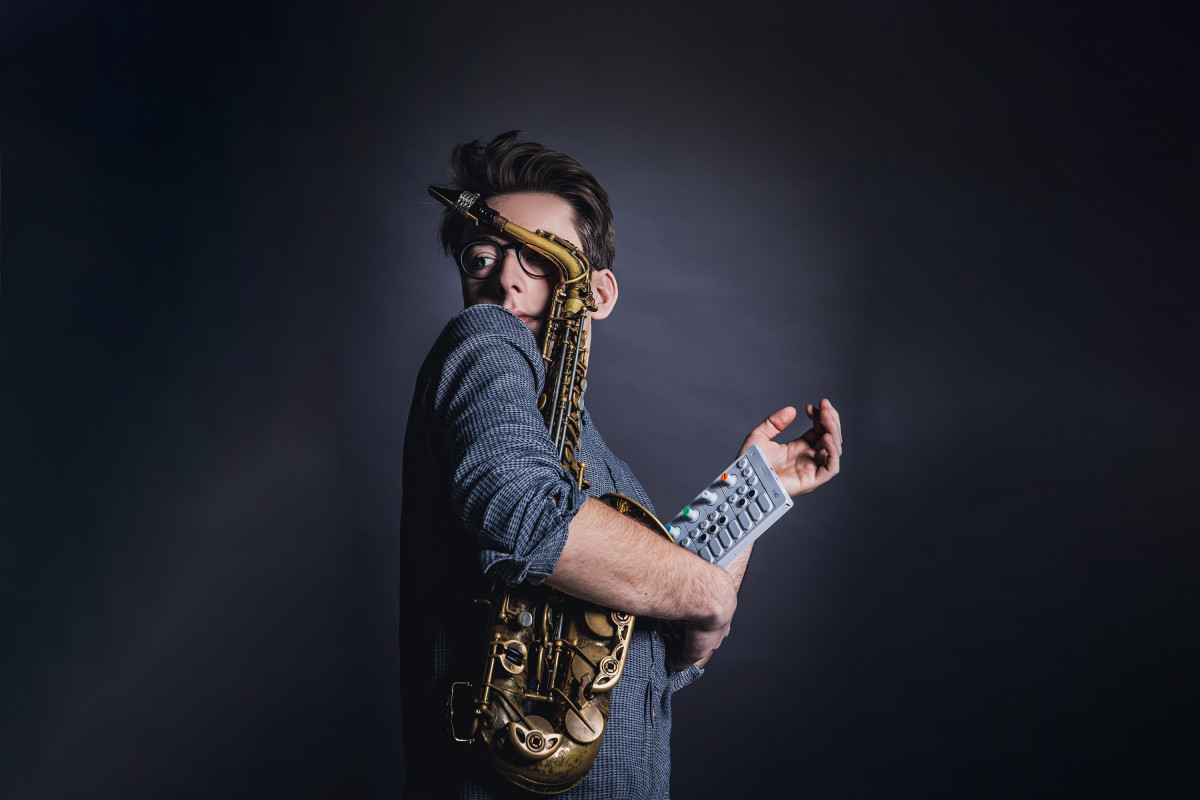 Multitasking is a second album by Kuba Więcek Trio released on Warner Music Poland on the legendary Polish Jazz series (the historic label of Krzysztof Komeda and Tomasz Stanko). Their debut album, Another Raindrop, which was released two years ago, have received many awards by polish music industry, as well as gained attention of international audiences, reviewers and festivals. They have been touring all across Europe as well as USA and Asia.

„Already during the first tour promoting our debut album I found out that the time for changes had come. The first album was recorded completely acoustically, and for this one we’ve prepared some more instruments like electric bass, synthesizers, glockenspiel, voice and more. We are still experimenting with the new forms in composition as well as trying to find new spaces for improvisation. I really like to write songs that make us step out of our comfort zones to get us to those unknown places.” (Kuba Więcek)

„Certainly, his chops are impressive, but Multitasking offers tracks that are more ideas than songs; they’re still compelling and catchy, and always meticulously constructed.” (Downbeat Magazine)

Kuba Więcek - the youngest hero of the cult Polish Jazz series. According to the Jazz Forum readers in 2018, he is the third best musician in the alto saxophone category, right after Henryk Miśkiewicz and Maciej Obara. Born in 1994, the saxophonist and composer is inspired by the work of Kanye West, and he invited Marcin Masecki, who was responsible for the music for the Oscar-nominated film Zimna wojna, as a guest on his second album.

He was educated at the Copenhagen Rhythmic Music Conservatorium, from where, among others, he got a conviction about the need to be inspired by many styles and genres of music. Więcek reaches for electronics, classical music, folk, rock, hip-hop, and next to the albums of Coltrane and Parker there are also recordings of Steve Reich and Tom Waits on his shelves.

In 2017, he received the Mateusz, the Polish Radio Programme Three Award for "exceptional compositional talent and performative talent". In 2018, the debut album Another Raindrop brought him the Fryderyk Award in the Jazz Phonographic Debut of the Year category. Recorded with Michał Barański and Łukasz Żyta, it was released by the Muza - Polish Recordings within the Polish Jazz series. In this way, Kuba Więcek became the first in 28 years and at the same time the youngest debutant in the history of this series.

The next album, Multitasking was made in the same line-up. For Kuba Więcek, the cooperation with Michał Barański and Łukasz Zyta is extremely important – he is convinced that these musicians are able to play everything Więcek composes. Better knowledge of the musicians allowed Więcek to write songs for the second album, especially for this ensemble, and invite them to sail out into the deeper waters and out of the comfort zone.

When recording the second CD, the musicians set themselves the goal of expanding the exploration of the sound, form and meaning of music initiated on the album Another Raindrop. The second album of the trio carries with it new sonic combinations, middle and far eastern inspirations, as well as the creative joy and colourfulness of the saxophonist, highlighted by the cover design, which was made by one of the most active creators of the Polish independent scene – Macio Moretti.

Kuba Więcek is involved in many projects and collectives, both as a musician and as a composer. He also gives solo concerts with an electronic background, and he has also made a solo album, which he recorded in the studio of Seigen Ono, producer and sound engineer, who collaborated, among others, with Ryuichi Sakamoto. This disc is available on the Japanese audiophile market.