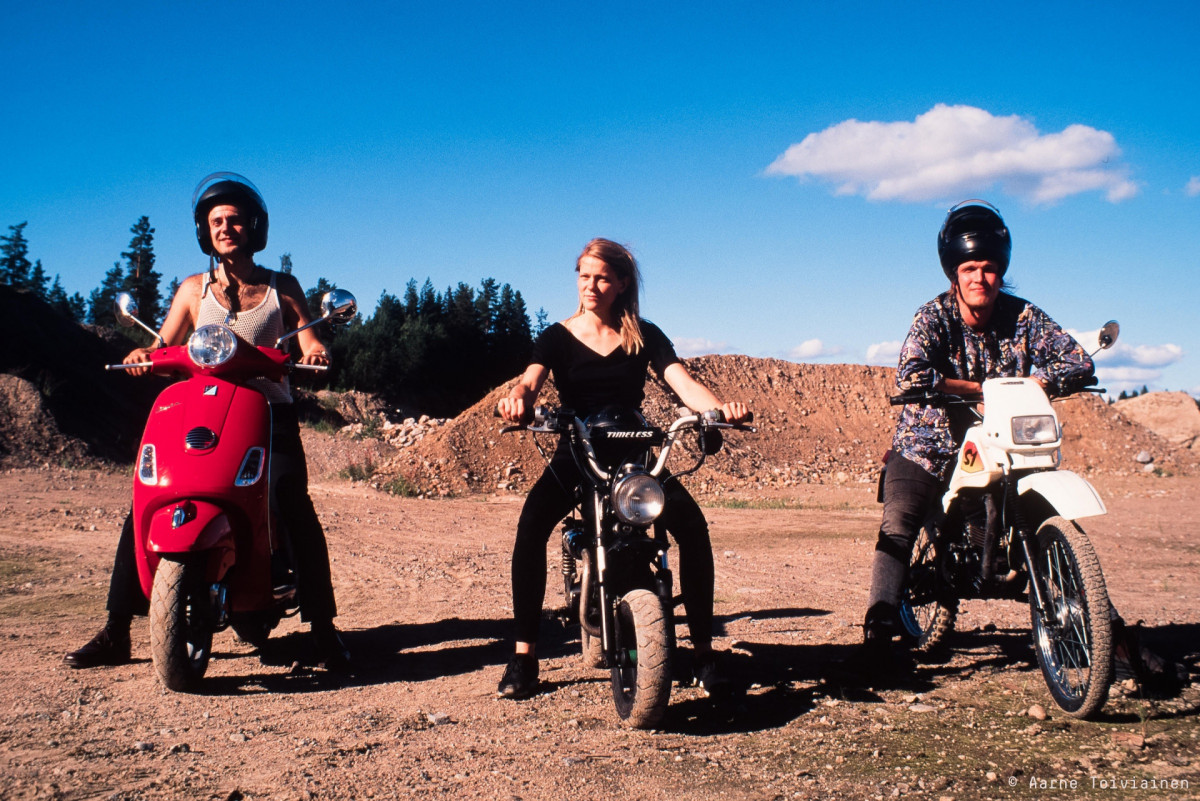 Mopo, a trio of energetic virtuoso musicians from Finland, has been on the radar of international tastemakers already for a while thanks to their unique blend of punk, jazz and inspiration from the Finnish nature. The outfit of saxophonist Linda Fredriksson, bassist Eero Tikkanen and drummer Eeti Nieminen has previously released three albums: Jee! (2012), Beibe (2014) and Laivalla (2016) together with Finnish singer-songwriter Ville Leinonen. Beibe won Emma, the Finnish Grammy, in best jazz album category in 2015. Linda Fredriksson has already made it three times to DownBeat’s Rising Star list, while All about Jazz has listed Mopo in their list of “15 European Jazz Musicians You Need To Know About”.

Mopo relased their latest album, Mopocalypse, in February to high praise. Mopo is known for its live energy, in their almost ten years together they have charmed the audiences in countries across Europe, Central America, and Africa.

“The basic trio format allows the three inventive improvisers to explore an endless number of sonic sceneries, quickly moving from sweet and dancing melodies to the most ferocious screams. Captivating and fresh!” All About Jazz