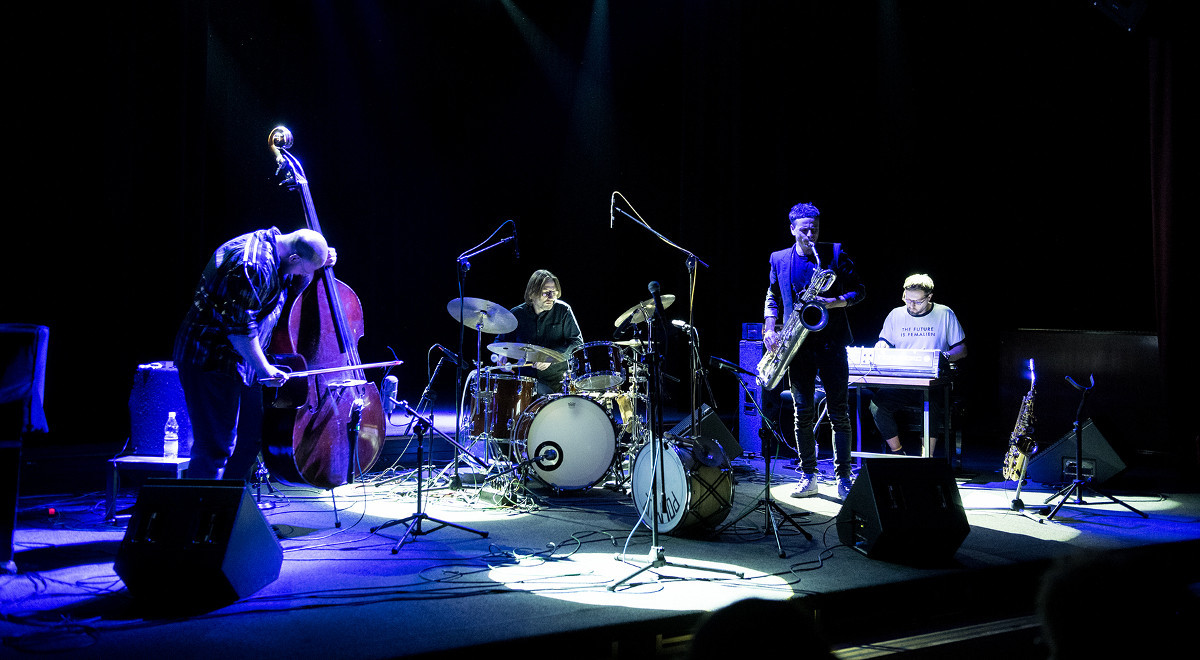 Polmuz is the outcome of Michał Fetler’s artistic residency at Zamek Culture Centre in Poznań. The project’s starting point was a collection of archival recordings of folk songs and compositions from the Greater Poland regions, preserved on a unique set of shellac gramophone records from the turn of the 20th century. Fetler invited to contribute in the project artists with distinct musical characters of different sensibilities and temperaments. Their task was to come forward with contemporary interpretations of folk music from the areas of Śrem, Pleszew and Poznań. The musicians decided to draw on the nature of the archival recordings and the manner of music-making from a century ago, creating open and unrestrained, quasi-jazz compositions with a large dose of primeval improvisation, ritual trance and a narrative based on Greater Polish folk motifs.

In 2018, the band’s debut album Drzewiej was released. The album actually consists of two albums, containing the same repertoire, but in significantly different performances.