The source and genius of Hungarian free music – not free jazz – was György Szabados. Epoch-marking albums as Esküvő (Wedding) or Adyton and several legendary formations, among them MAKUZ, his largest free music ensemble, are linked to his name. Founder István Grencsó and his Collective as well as its board members created ADYTON Arts Foundation to support creative work connected to free music. In 1975 Szabados established the Kassák Workshop for Contemporary Music which he maintained up to 1983. Here a new generation of musicians acquired a free and intuitive manner of playing jazz, with a distinct Hungarian sound. The tradition of the legendary Kassák Christmases was established there as well. These memories are nurtured and continued in their own way by the Adyton-musicians. Their own Adyton Christmas this year is already the fourth in a row. The first was held in 2015 on the A38, wheile the next two were hosted by Sonja Pintér at the Karinthy Salon. Opus Jazz Club is honoured to host the event this year.

This year’s Adyton Christmas features today’s and older times’ free music in a wide variety of formations. The basis is made up of the Grencsó Open Collective, to be extended – as it happened at former occasions as well – by other artists and members of the new generation of musicians attending the Adyton courses in the summer.

The event begins this time already at 7 p.m., introduced by screening of a brief documentary about this summer’s Adyton-camp. Subsequently, Grencsó Open Collective presents their program of György Szabados’ compositions. After the break, the various participants of Adyton Christmas will enter the stage in a wide variety of loose, free formations. 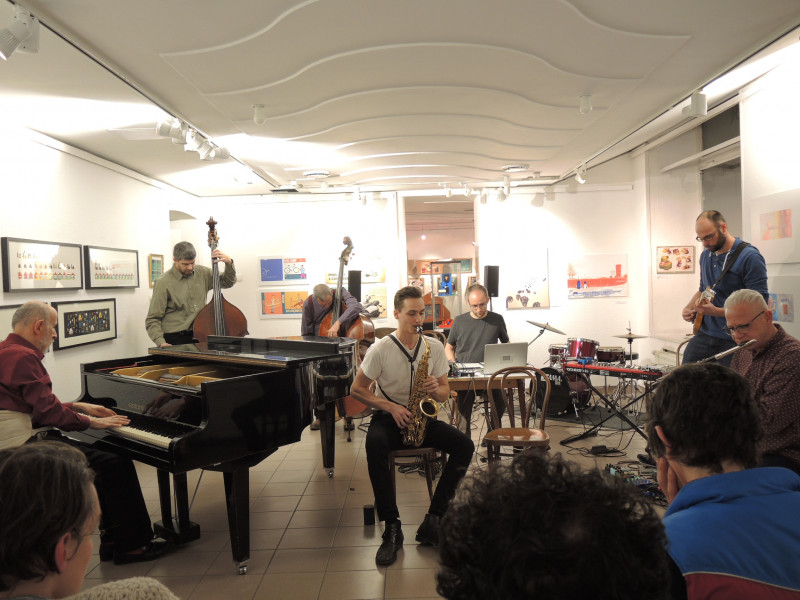