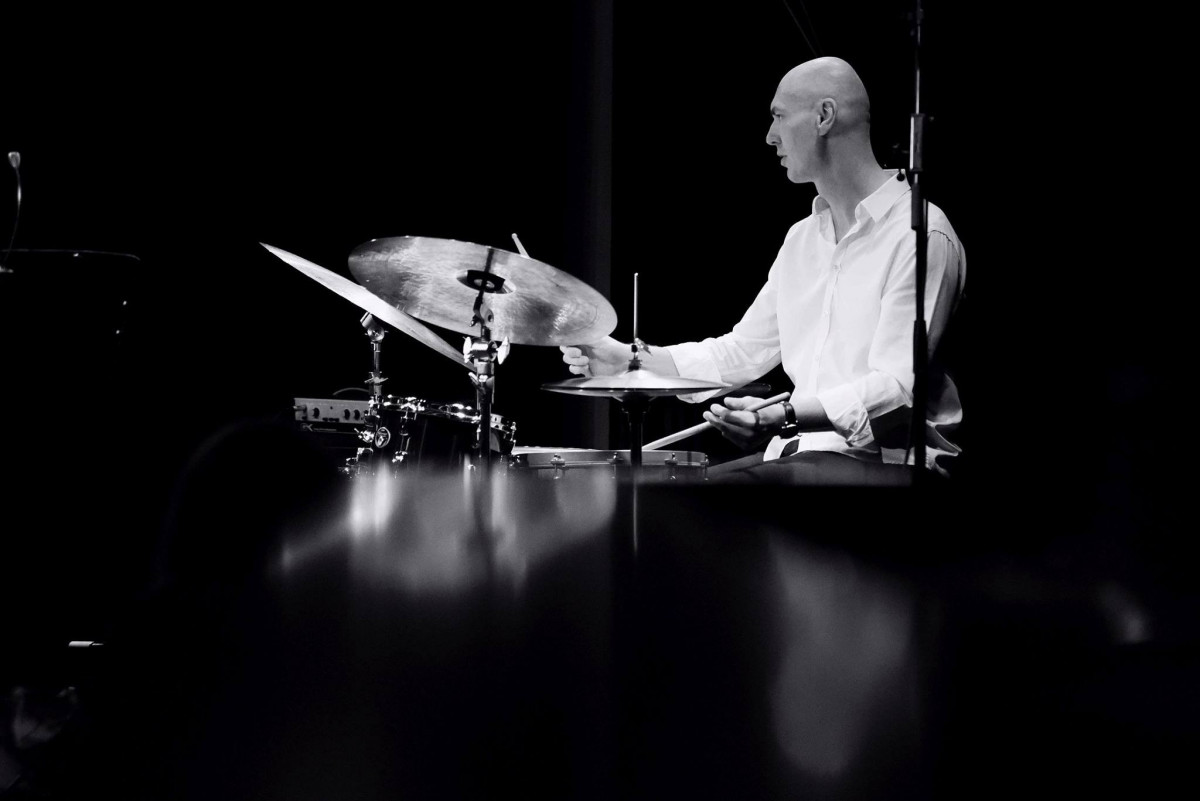 Drummer and composer Balázs Bágyi is one of the most respected musicians on the Hungarian jazz scene, working internationally, leading his own bands over the last two decades. Being a member of different bands he creates music almost in all genres, his unique melodic style of playing the drums gives a complex music experience. He has toured the USA several times, and he is the only Hungarian jazz musician who regularly plays in China. His previous quartet, existed from 2004 - 2011, was a very important band on the Hungarian ethno-jazz and world music scene.

The music of his new quartet contains less of the folk background but sounds like today’s pure acoustic jazz based on post-bop elements. His partners are the best players of the young generation from Budapest, as saxophonist Soso Lakatos, who studied and got his diploma in Amsterdam, the classically trained Junior Prima awarded pianist Dezső Oláh (substituted by Balázs Horváth on this occasion), and Péter Oláh, one of the greatest bass players in Central Europe. During the recent years the band played at many European jazz festivals (Bansko Jazz festival, Nisville, Mosaic Jazz Fest Sibiu, Sarajevo Winter, Petrovac Jazz Festival, Skopje Summer Festival, Jazz Juniors Krakow), and performed at some famous jazz clubs as well (Agharta Jazz Club Prague, B-Flat Berlin). In 2016 their album Homage to Shakespeare featuring vocalist Kriszta Pocsai won Gramofon Award given by an international jury, then they were chosen for The group of the year by JazzMa.hu online magazine’s readers’ poll. The quartet plays original music composed by the bandleader who was chosen for The composer of the year on the same poll in 2016.