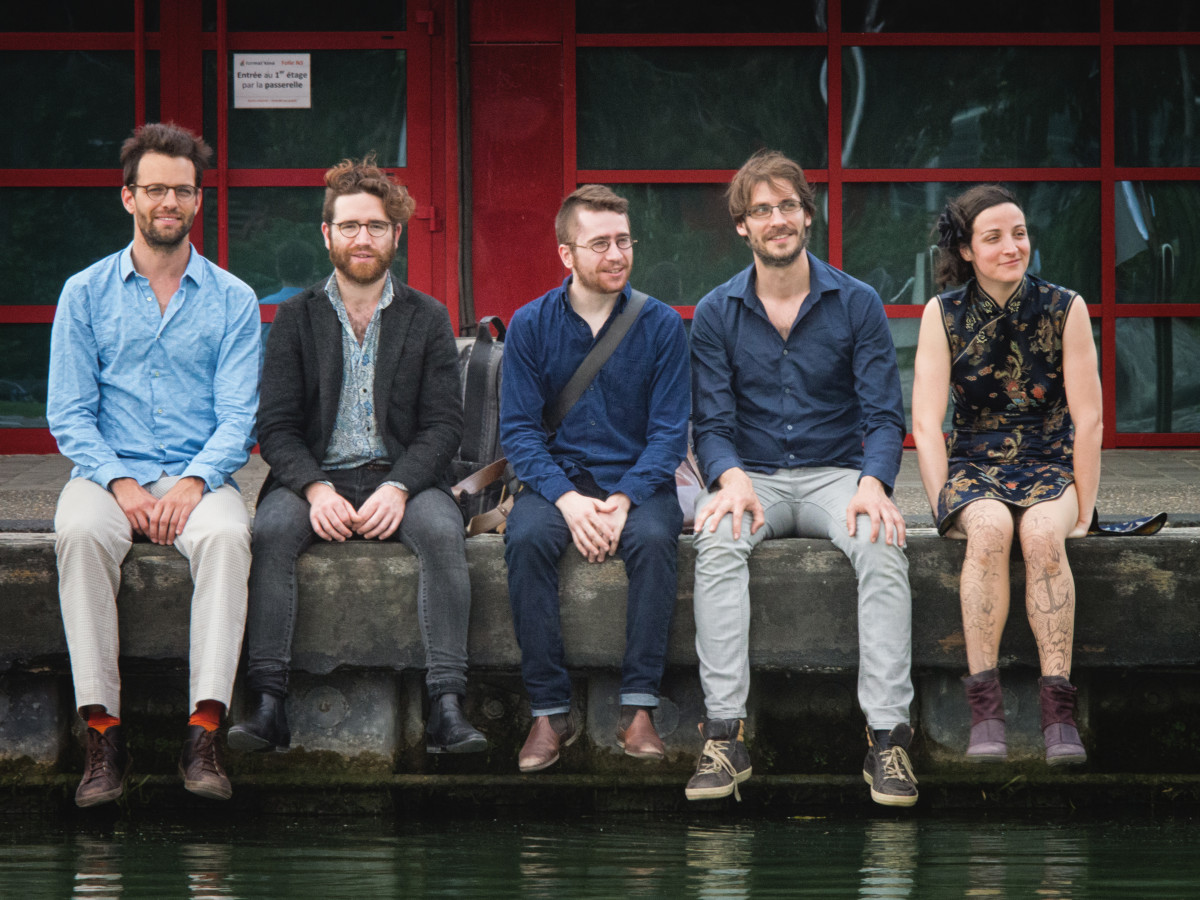 Saxophonist Hugues Mayot, who ventures with ease in the most varied contexts (Radiation 10, André Minvielle, Marc Ducret, Magma ...), designed for his new group, L’Arbre Rouge, an instrumentation close to chamber music, reminiscent of the intimacy of a classical quintet, and surrounded by rare instrumentalists who all share formidable technique and a constant concern for aesthetic openness, from scholarly music to popular music, through the most daring experiments.

Through minimalist and repetitive writing as a research on timbres and textures, Mayot gives a singular rhythmic dimension to his miniature orchestra, and creates a playground for improvisation which he joyously shares with his four companions in adventure: Sophie Bernado, Joachim Florent, Théo and Valentin Ceccaldi.

The debut album of the quintet will be released by BMC Records on day of the concert.