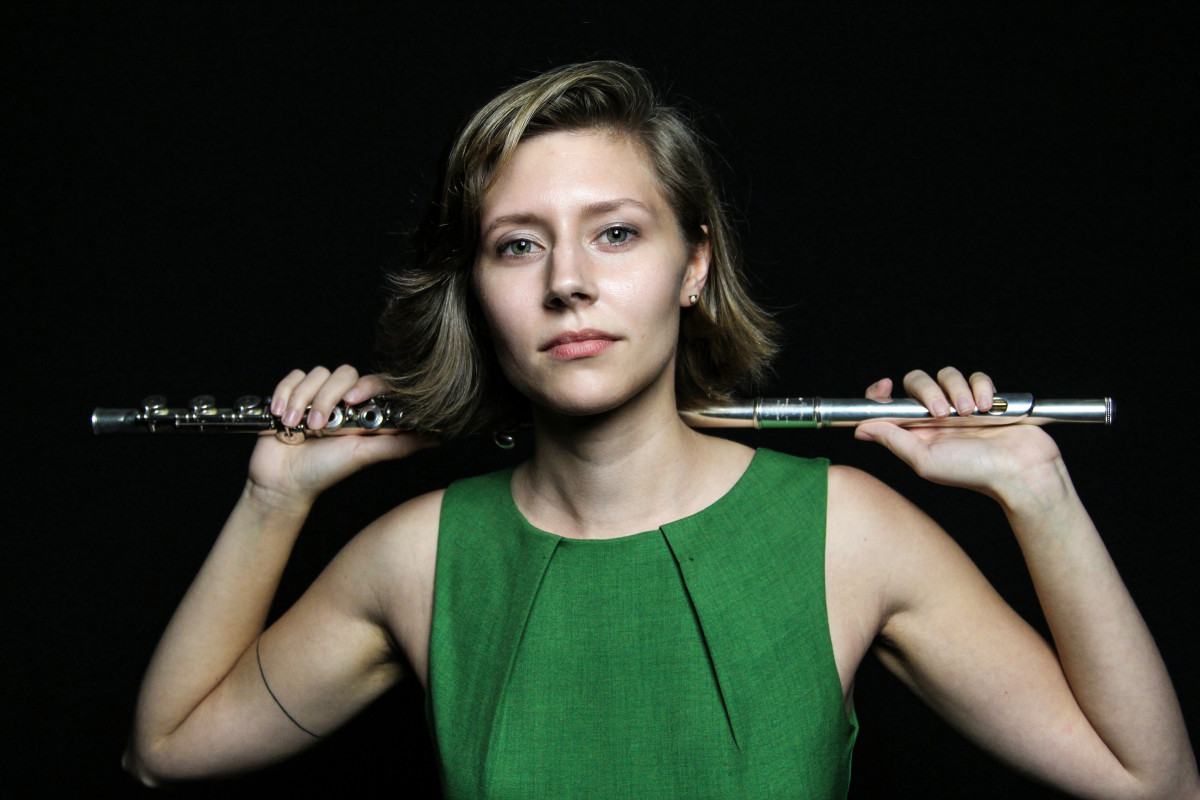 This evening of music explores the compositions of 20th and 21st century American composers of the flute repertoire. Works included will showcase many facets of the quintessential American sound through jazz and traditional folk melodies, as well as avant-garde techniques of “the other flute”. This recital is given in partial fulfillment of a 2019-2020 Fulbright U.S. Program grantee project.

A student of the Fulbright U.S. Program, Kayla Hanvey is currently conducting research on extended techniques in the Hungarian repertoire for the flute under the tutelage of István Matuz in Budapest, Hungary. She recently completed a Master of Music in Woodwind Performance from Florida State University (FSU) where she studied as a teaching assistant under the direction of Eva Amsler and Karen Large. A native of Virginia, Ms. Hanvey obtained a Bachelor of Music with a concentration in Performance – Winds, Brass, and Percussion from Virginia Commonwealth University (VCU) under the mentorship of Tabatha Easley-Peters. Kayla has performed in master classes for renowned artists such as Paul Edmund-Davies, Marina Piccinini, Robert Dick, Dr. Jonathan Keeble, Judith Mendenhall, Keith Underwood, Nicole Riner and Tim Munro.

Ms. Hanvey has been presented awards for her musicianship as well as musical research. Most notably, she was a winner in the Florida Flute Association’s Collegiate Masterclass Competition in 2019 and placed top three in the Richmond Flute Fest’s annual collegiate solo competition in both 2014 and 2015. She was also invited to perform as part of the National Flute Association’s Collegiate Flute Choir on alto flute at the annual convention held in Chicago, IL during the summer of 2014. In December of 2015, she was awarded a Virginia Commonwealth University Undergraduate Research Grant to examine the effects of mindfulness practice on musical aptitude. This project was an interdisciplinary study between the Departments of Music and Psychology at VCU.

A performer with great curiosity, Ms. Hanvey holds special interests in new music and extended techniques for the flute. In 2019, she was a featured soloist of FSU’s EChO Ensemble premiering Matthew Briggs’ “Viscid” for flute and electronics during the annual ACCelerate Festival held at the Smithsonian National Museum of American History in Washington D.C. Pushing the boundaries of the classical contemporary flutist, Kayla has also worked on fusion projects such “Amphibious James” by Joshua Quarles and Hope Ginsburg – a co-commission by the Institute for Contemporary Art at VCU and the Richmond Symphony – featuring double wind quintet, electronics, and scuba divers. She also took part in the premiere of the “McChicken Concerto” for rap artist and big band, written by composer Macon Mann in 2015.