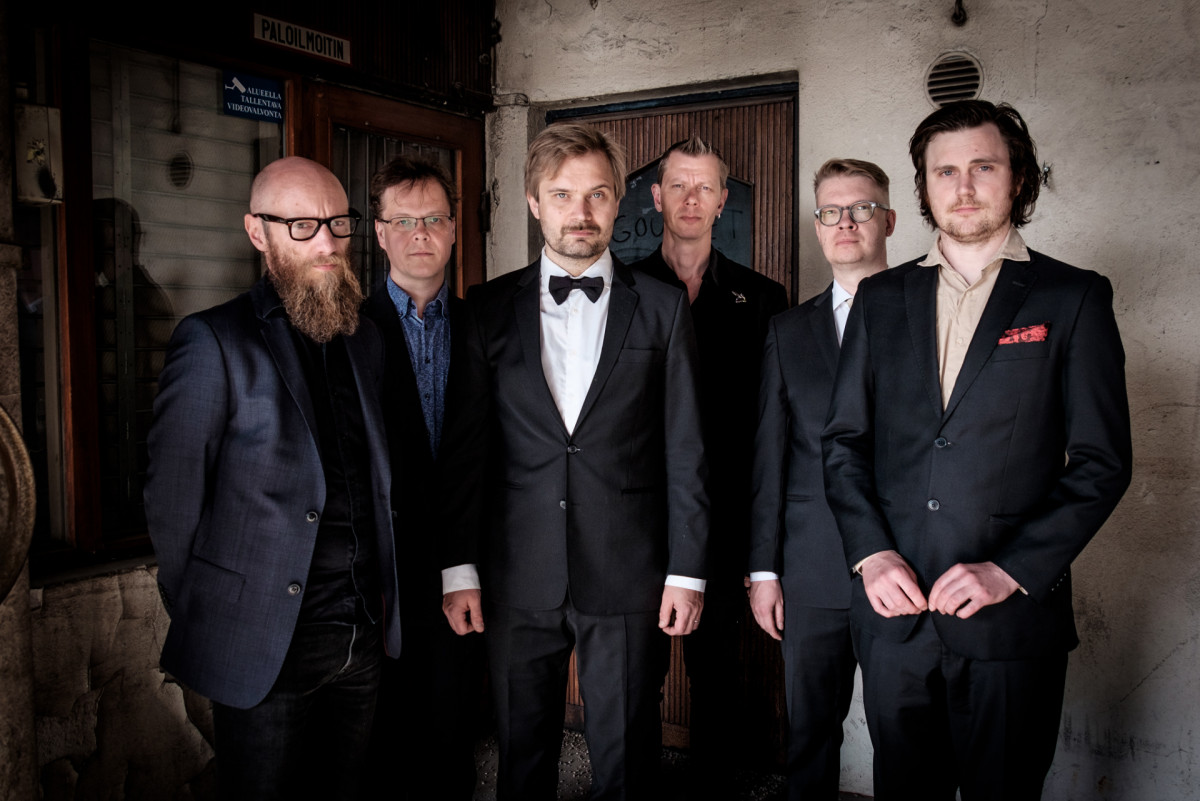 All tickets have been sold!
21:00
Opus Jazz Club
Featuring:

“What if Duke Ellington, Tom Waits, Carlos Gardel and Charlie Haden met at a kebab kiosk somewhere in rural Finland?” This is what saxophonist Mikko Innanen and guitarist Esa Onttonen asked each other once upon a time in 1997. As a result Gourmet was born – meaning that while Finland is celebrating its 100th birthday in 2017, Gourmet are celebrating their 20th. They are currently playing new material from their fourth upcoming album which will be released in 2017. Their previous album Cosmopolitan Sideshow (2011) and the accompanying tour received superb reviews, and an Emma Award nomination in the Finnish Jazz Album of the Year category.

“Burlesque, buoyant and merry the Nordic band captivated the audience with their ability to touch upon all styles. From a Greek Bouzouki, a French valse, passing by Latino rhythms to a Harlem ballad, Gourmet Sextet inspired spontaneity where academia is sought.” All About Jazz

“Proficiently fusing cabaret rock with King Curtis for a scene something like New Orleans marching band seen from the gutter.” The New York City Jazz Record

“On these rough northern latitudes there is no finer chef with expertise in different cuisines than Gourmet … Frantic, unrestrained, extremely funny and very musical” Helsingin Sanomat

Tickets are available for 1300 HUF on the spot,
online at jegy.hu, and at InterTicket Jegypont partners across Hungary.

We hold reservations until 9pm. Remaining tables are assigned on a first-come, first-served basis.